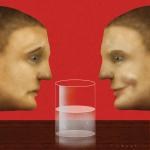 New column from The Rotarian:

The idea that 2016 was the worst year ever started circulating after several celebrity deaths (Prince, David Bowie, Leonard Cohen) were followed by an election that did not go the way many people wanted it to. After that, the worst-year-ever meme became unstoppable, and in 2017, the drumbeat of decline has not stopped. Offhand, I can think of a lot of things that are worse than a cold winter day: the 2004 Indian Ocean tsunami, the 1929 stock market crash, the Bataan Death March. But it’s true that things do feel worse than they actually are. Part of the reason lies in the 24-hour news cycle and its never-ending flow of bad news. As writer Jia Tolentino put it in The New Yorker, “There is no limit to the amount of misfortune a person can take in via the Internet, and there’s no easy way to properly calibrate it. … Our ability to change things is not increasing at the same rate as our ability to know about them.”

Whatever the reason, the downbeat trend has accelerated among people of all political stripes, and it is noteworthy because it goes directly against the strongest current in American culture: our optimism, our sense that problems are meant to be solved and that solving them is our job. Since our country’s founding, America has been a can-do place, a place of possibility. Our creed has always been a certain sometimes naive faith that things will work out for the best. And for the most part – believe it or not – they have.

Contrary to what you might think, violence is at all-time lows, as is the rate of global poverty. War deaths are fewer than ever in

history. On most indicators where you might think progress is not being made, the opposite is probably true. Nicholas Kristof recently pointed out in a column in The New York Times: “2017 is likely to be the best year in the history of humanity.” He continued: “Every day, another 250,000 people graduate from extreme poverty, according to World Bank figures. About 300,000 get electricity for the first time. Some 285,000 get their first access to clean drinking water. When I was a boy, a majority of adults had always been illiterate, but now more than 85 percent can read.”