The Roads Between Us: A Journey Across Africa

Last week, my five-part series, The Roads Between Us:  A Journey Across Africa, went live on Worldhum.com.  Watching it roll out was almost as satisfying as finally arriving in Dakar after nearly a month on the road.  It was a long journey in many ways, but like all long journeys, well-worth the effort.  Also included in the package were an interview I did on the way with writer/publisher/blogger Jeremy Weate, and an interactive map full of anecdotes, because a lot happens when you travel across a swath of planet as big, complex and fascinating as West Africa, and some things, no matter how funny, telling or meaningful end up getting cut. Here’s last one outtake. If you’ve ever dealt with bureaucracies in Africa, you know the feeling:

The Niger Consulate was a sparsely furnished place off a busy roundabout in the northern Nigerian city of Kano.  I was sitting in the secretary’s office when a middle-aged American man burst in.

“Hi,” he said, in a cheerful tone to the secretary. “I’d like a transit visa!  I’m going to the 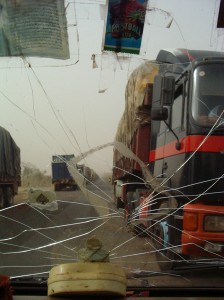 fish festival in Sokoto in, and then to Niger and…

The secretary, who looked like Maya Angelou’s evil twin, cut him off:  “You are traveling through Niger?”

“And you want to go today?” She asked.

The secretary regarded him for a minute.  “Are you aware of the formalities?”  she asked finally.

“You must fill out the application, and pay the fee.  Then we have to send it to Niamey for approval. The cost is  25,000 Naira.”

“For a transit visa?” he asked, a little flummoxed.

“There is nothing we can do,” she said, taking some relish in her helplessness. “A treaty was signed between America and Niger, so you must pay the fee.”

“But I can fly to Burkina for less than that!”  He looked at me. I shrugged. Then he picked up his passport and stormed out. 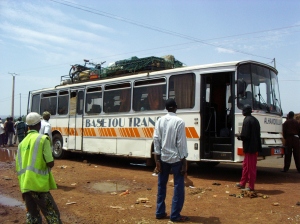 The secretary turned her eyes back to me. One of her problems had been solved but the other was still sitting here, waiting. I was going to Niger too, but I knew that wasn’t the way to get in.

“I need a transit visa,”  I said going through the same charade I had gone through several times already. I had been waiting in her office all morning, as well as part of the previous day.  She knew exactly what I wanted.

She tried to control her rage.  “I have told you the situation.  There is nothing we can do.”

Actually, I knew this wasn’t true, and that a transit visa should only cost about 6000 naira. I wasn’t sure if this was a willful scam, or some kind of incompetence.  But I learned a long time ago that the way things get done was with a strange combination of respect, deference and gritty determination. Just wait.  Wait long and well.   Time is not wasted in Africa, as many outsiders think. It’s simply a different kind of currency.

Finally, after a half a day of staring at the walls in her office, Ms. Angelou came out of the consul’s office. She had apparently had enough of me.

“Do you want to leave?” she asked. 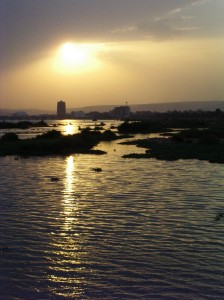 She held out her had for my passport.  I gave it to her.  She took it into the Consul’s office, and a few minutes later she came back.

“The Consul says that because of the agreement, we can only give a one-year visa. But if you insist, we will give you one-month visa.  The fee will be 6000.”

“Thank you.” I said.  I filled out my paperwork, gave her my money then went on my way.