Too Much Magic Bus

It’s hard to imagine what it would have been like living along the hippie trail in the 1970s, somewhere in Afghanistan, or Iran, or India, watching the flow of carefree travelers come out of the west like herd of stoned wildebeest. But as strange as it must have appeared, there surely was something wonderful about it. Granted, most of the hippies were painfully naive about the places they were traveling through and the things they were looking for (drugs, enlightenment).

But one of the things that stuck with me in reading Rory MacLean’s new book, Magic Bus: On the Hippie Trail From Istanbul to India, (and interviewing MacLean for World Hum) was that one of the driving forces behind the hippies’ urge to get out and see the world was Thoreau’s 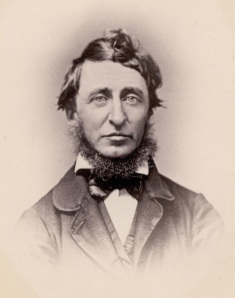 Walden. Now, I know Thoreau’s mom did his laundry and I know someone else paid his taxes. But his book! Read it at the right time in your life, and your life will never be the same. You probably already know the words that launched a million VW buses:

I went to the woods because I wished to live deliberately, to front only the essential facts of life, and see if I could not learn what it had to teach, and not, when I came to die, discover that I had not lived. I did not wish to live what was not life, living is so dear; nor did I wish to practise resignation, unless it was quite necessary. I wanted to live deep and suck out all the marrow of life…

The flavor of that marrow can be a bouquet of many things, not all of them pleasant. But I can’t help loving that passage. A while back, I was talking to another writer about the narcissistic phase our

culture seems to be going through, and we concluded that, hopefully, this will be followed by a push toward something deeper, the way the 1950s were followed by the 1960s. Maybe now that the economy has stopped being a source of hope, things will turn in that direction. Maybe now we’re coming to a point where we can head out on some new hippie trail and follow it wherever it takes us.