The China Mystery Illness and the Power of Stories 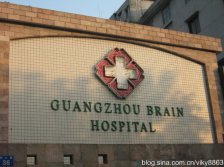 From Undark Magazine: To Believe is to Feel: When a Mysterious Epidemic Isn’t So Mysterious

When U.S. diplomats in the Chinese city of Guangzhou recently started reporting strange, inexplicable symptoms of unknown origin — and which seemed to be spreading among State Department employees — I was reminded of a similar “mystery illness” that I spent some time researching a few hours south of Guangzhou, in a village called Fuhu.

One afternoon in May of 2004, a third-grade boy at a local school in Fuhu reported feeling that his genitals were shrinking. He panicked, ran home, and his parents fetched the local healer — an 80-year-old woman who had seen this sort of thing before: In 1963, she said, around the time of the Great Leap Forward, an “evil wind” had blown through the village and many people were struck by this illness known as “suo-yang.” She treated the boy by traditional means and he recovered quickly.

Two days later when the school principal learned of the incident, he gathered all 680 students in the school courtyard and, according to a report by Dr. Li Jie of the Guangzhou Psychiatric Hospital, “explained to the students in detail what had happened, and warned them to be cautious, and to take emergency measures if they experienced similar symptoms.”