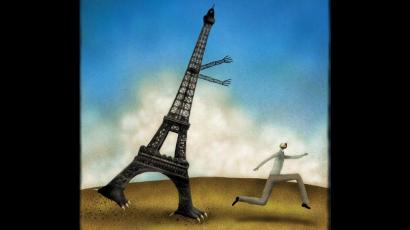 From the May 2016 issue of The Rotarian

In the 1970s and ’80s, an Italian psychiatrist named Graziella Magherini began to make note of tourists who came to Florence and, while viewing great works of art, experienced a mental breakdown. Often, they had to be put on a stretcher and taken to a psychiatric hospital. Magherini looked at 106 such cases and labeled the condition “Stendhal syndrome,” after the French novelist who described having such an experience in a Florence basilica. Russian writer Fyodor Dostoevsky may have had a similar affliction.

According to Magherini, such a breakdown is caused by the power of art over people who are psychologically vulnerable or by “coming into contact with great works of art without the mediation of a professional guide,” as one paper on the syndrome described it. That may be the case. But such experiences are not unique to Italy, regardless of the power of its art. Rather, I suspect there was a greater power at work, one the victims brought with them: the power of their own expectations.

A similar condition has affected some Japanese tourists in Paris. Researchers observed that in Japan, “Paris has, and holds, a quasi-magical power of attraction because the city is considered a symbol of European culture.” Besides the normal stresses of travel and the vast cultural differences, the authors noted that “disappointment linked to contact with the everyday reality [of Paris] is a factor of incomprehension and anxiety, but also of disenchantment and depression.” This was dubbed “Paris syndrome” by the media.